Seals went bad on my back plate

Wow! I am frustrated. After cleaning my engine case gasket with a razor blade and brake cleaner (thx Tom G.) I found that my seals on my backplate had hardened and broken. I was shocked! 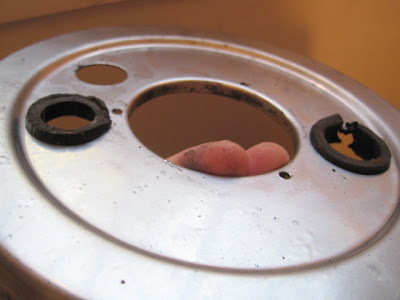 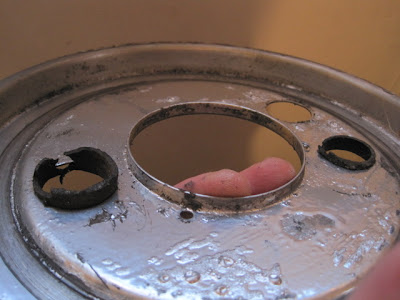 I spoke with Gene M. and it is difficult to find these seals he has told me. An alternative is to run P-Series seals, but the hole sizes are different and don't seal as well. It's been many months since I took the backplate off, but the seals were new when the engine was rebuilt years ago by Christopher M. I don't know if the seals he used were VSC or VSE. Bummed. So bummed. Going to hunt them down now if I can.

I spoke with Tom G. about options:

They are extremely hard to find, and for a while were completely out of production. I'd say there is a good chance that Chris M. did not replace them, because he probably could not get them at the time.

If you can get them from 25 bucks, thats probably the best deal you're going to find.

Not replacing them will have no effect on the way your motor runs, and will not cause oil leaks. The cracks and deterioration will just let water and dust into your brake area, and may cause the brakes to slip a bit, or may cause premature deterioration of the pads. Which means you may have to perform brake maintenance more often (cleaning mostly). So replace them if you can, but don't let it hand you up. They won't affect running, and you can always try to find them cheaper if you want (I would just pay the 25 bucks). and go back in and install them later, which is not difficult to do. It aint original, but you can also cut some custom rings out of sheet neoprene and use them in place of the P-type O-rings. But frankly, I think P-type O rings will seal fine on the two small holes, and may just not seal so good on the one larger hole."

I have ordered a set of dust seals that are repops for the GS/SS.
Posted by Scooter Couple at 7:57 PM 2 comments: